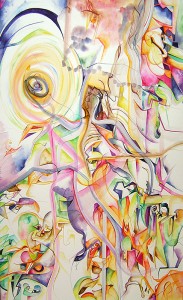 In this project, the work on display revealed considerably his maturity shown in his watercolors. The exhibition corresponded to a series of watercolors in large format and another series of works in medium format.

This whole work displayed a narrative and thematic amplitude of a cultural mixture, both dreamlike and ghostly.

Thus, in the exhibited works, were new formal configurations and some narrative innovation.  Another kind of strategic use of greater symbolic intensity was present, as can be seen in the Enlightenment.  It also shows greater slack in the stroke with more extensive, expressive strokes, and close to the stain.

A progression of style was evident. His technique varied between diverse strokes and hybrid lines, and at the same time he displayed a virtuoso treatment of color. Both sides of his work represent a remarkable prototype of watercolor painting mode. 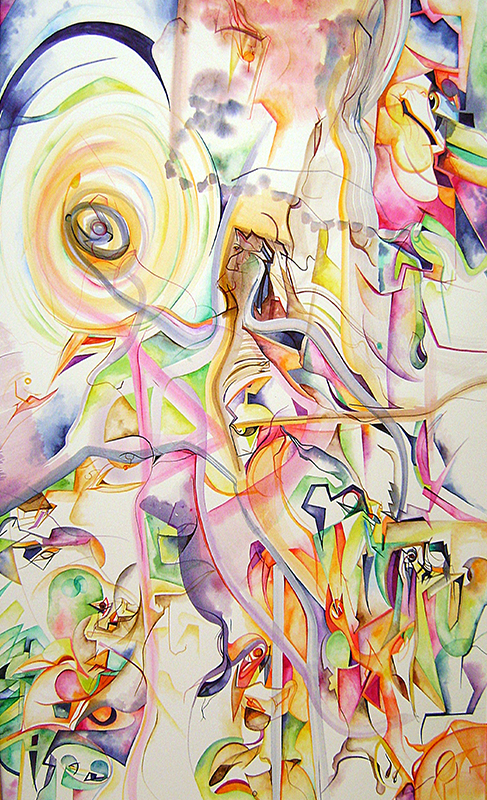 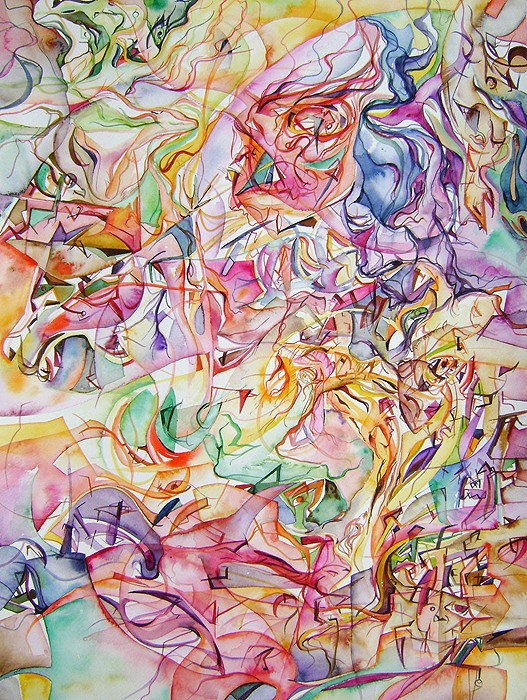 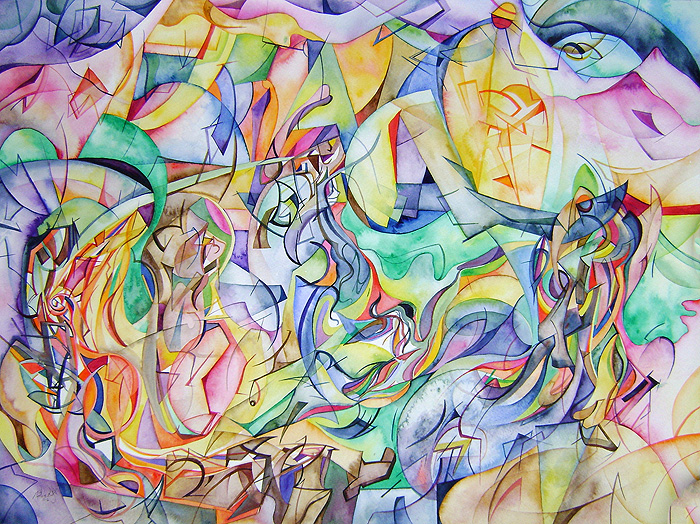 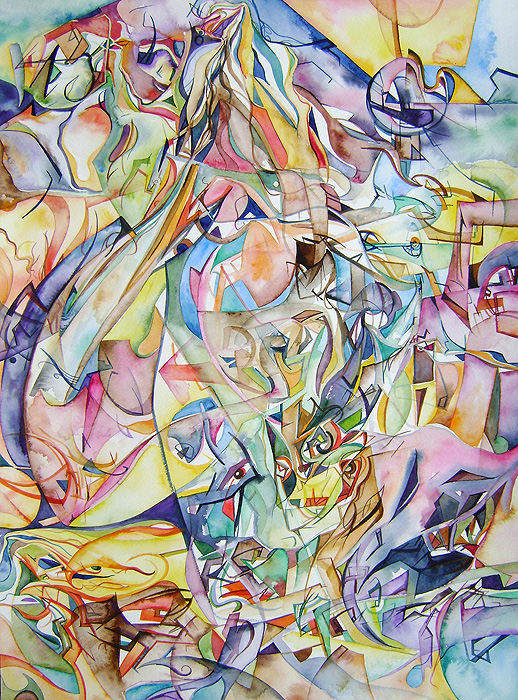 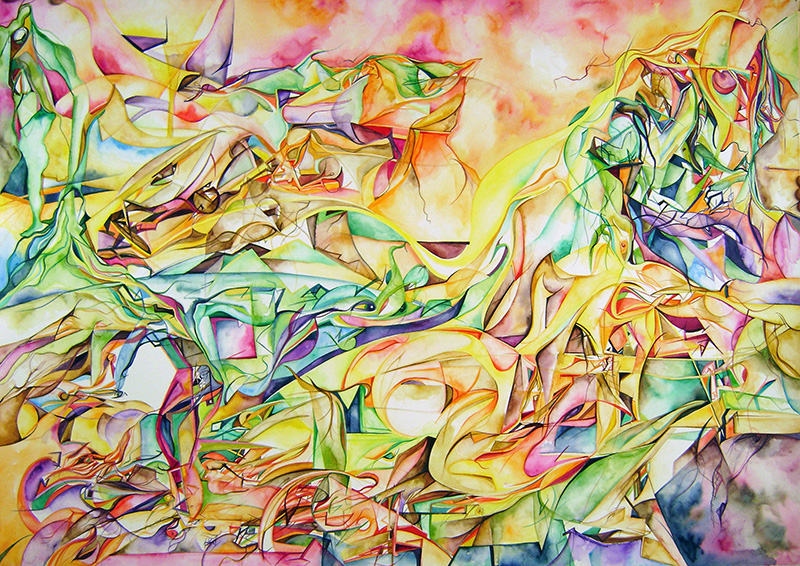 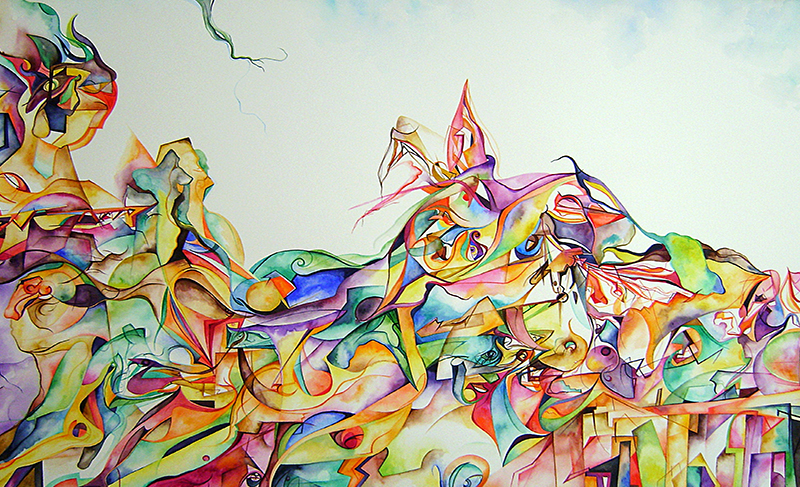 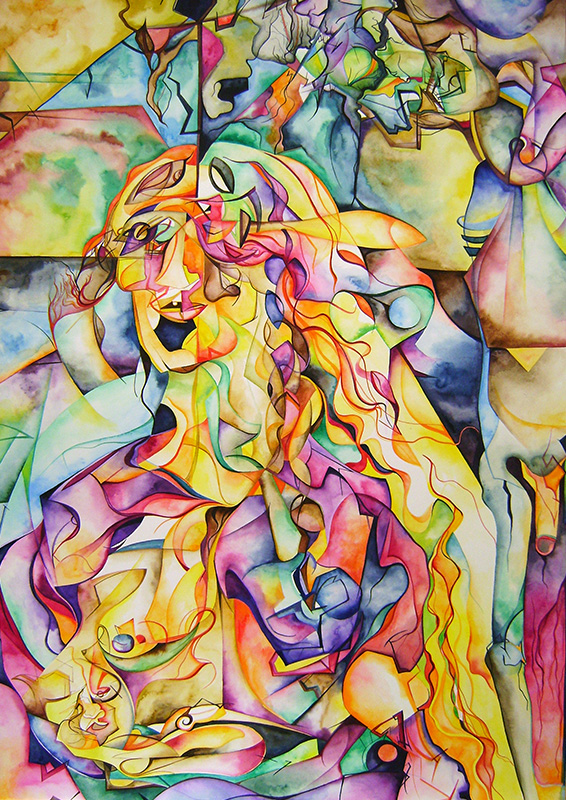 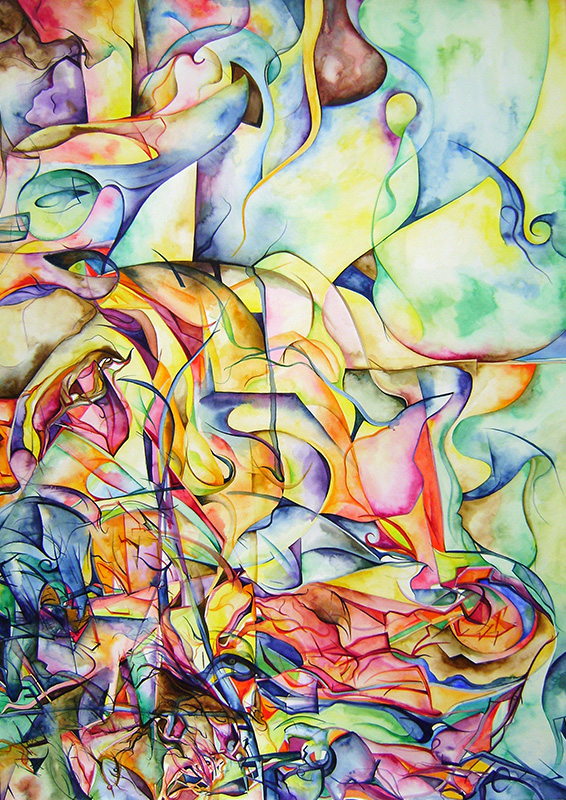 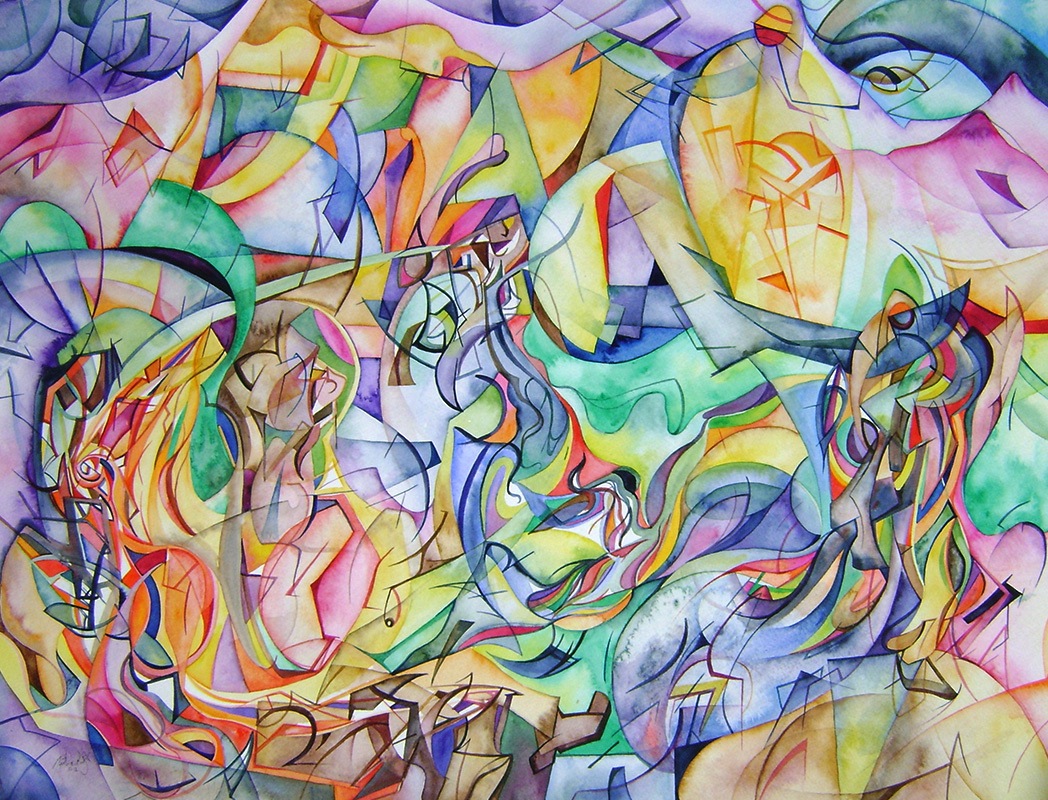 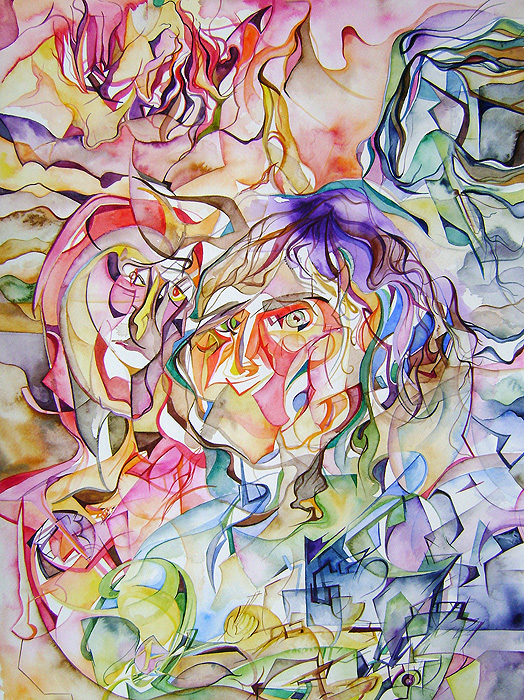